She had a very beautiful pair of eyes: bright and clear like gems and pupils like drops of lacquer, like ink and jade, crystal clear and full of cleverness, as if they were filled with the whole world’s brightness and beauty.

“Eh, the mb[1] right now are all this good looking?” Cheng Anya murmured to herself.

This man appears to be way too good looking, right? Cheng Anya thought to herself. According to Lin Li’s words, this bar’s mb were all of the very best quality: outstanding appearances and graceful temperaments. This man conformed to all of these standards, so Cheng Anya immediately assumed he was an mb.

He was even too late to say anything, as Cheng Anya immediately gripped his collar, fiendishly asking, “Hey, how much money for one night with you?”

The veins on Ye Chen’s forehead throbbed violently, his chilly eyes emitting an intimidating cold light that came from the depths of his heart and soul. He put his hand around her waist, suddenly tightening, so that her soft body knocked against his solid chest, “You came to find a man?”

“No kidding! If I wasn’t trying to find a man, why would I ask you to do anything?”

This man was not only good looking, but his voice also possessed an attractive force. Being an mb was definitely very profitable, Cheng Anya thought to herself.

“Very good!” Ye Chen’s voice was cold enough to make her shiver. Without knowing why, hearing her speak like this, anger rose up in his heart. He pulled her into a private elevator. Since she came to find men, he also didn’t need to be polite, right?

Tonight he had rejected many women who had hit on him, due to a lack of interest. However, she unexpectedly evoked a passionate fire within him.

When Lin Li and the vulgar man returned to the bar after she took a check, Cheng Anya was already gone. Lin Li was so angered that she stamped her foot repeatedly and the wretched man’s eyes glinted ominously.

Cheng Anya’s body began to sweat, as an impatient heat rose up within her. Becoming restless, inside the elevator, the fresh and pure girl became the incarnation of an alluring nymph, her young body rubbing against Ye Chen’s, her breath fragrant like orchids.

Mn, this man’s body smells too good: a faint smell of tobacco, without artificial cologne. Clean and warm. She didn’t know what was happening to her, as her body was extremely hot.

Ye Chen was breathing a little unstably, his impressive self-control on the verge of collapse. This woman, was practically the embodiment of an alluring woman. In his embrace, she impatiently moved around, her coquettish glances like silk. A threatening, pure beauty, she was clearly amorous and pressing, her fragrance overwhelming his senses.

He forgot his anger, raising her chin with demonic charm. The look in his deep eyes as he gazed at that beauty was dangerous, his face full of nefarious intentions. He couldn’t help but lower his head to kiss her dark red lips.

Even though Ye Chen had never lacked women, her sweet taste intoxicated him. As the heir to MBS international, plenty of women cleaned themselves and laid down for him to copulate with. Ye Chen had been with countless women, changing them more frequently than he changed clothes. However, he had never kissed them on the mouth because, in this respect, he had a kind of mysophobia.

But this time I’ll make an exception!

His lips deftly pried open her jaw, employing a besieging strategy: locking together with Anya’s lilac uvula, sucking and nibbling, and sweeping past every point of her tender flesh. An electric current ran along Cheng Anya’s back, causing her to tremble, her legs weakening. If Ye Chen had not held her, she might have humiliatingly sank to the ground.

This man, he really had the advantage of being seductive!

An aggressive kiss that was both wild and provoking, it made people unable to resist losing themselves in it!

Cheng Anya had never faced the ways of the world, yet her inexperience and passion completely drew out Ye Chen’s desire. Unable to resist, she almost let him dominate her constantly, and he almost took her inside the elevator.

This woman was a poppy, dangerous and deadly.

Both young bodies ground against each other, without even any air between them. Cheng Anya’s face was flushed, while Ye Chen’s breathing was ragged. The entire room was permeated by a dark, obscure color.

Ding……At the sharp and clear sound, Ye Chen bit his teeth, resisting his pressing thirst with great difficulty. He practically dragged the paralyzed Cheng Anya towards his private room, a hint of his suppressed dark desire leaking from his eyes.

And so they went.

Fuck, even if you’re damned can’t you be a little gentle?! Ahhhh!

Being dragged by the wrist was extremely painful, causing Cheng Anya to explode into anger!

[1] “mb” is an abbreviation for money boy, which are male prostitutes.

[2] The original text is 清潮翻滚。If anyone has a clearer translation for this phrase, please tell us! Thank you very much!

Liked it? Take a second to support Komorebi on Patreon! 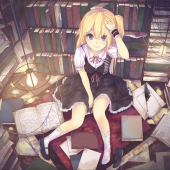 It was a dark and stormy night...the little slug, abandoned by all of it's friends, moved onwards. It was a hard and unwelcome journey it undertook. The ground was slippery cobblestone, all sun-glitter and glass sharp marble gluing the jagged edges together to resemble something beautiful—and the path would have hurt, with all the pebbles knocked aside to and fro, if not for the water falling from the sky aiding the slug's way to a place of suitable shells. The slug continued on it's path, until two long shadows stood in it's way. "Slug! It's a slimy slug!" it crowed mockingly, laughing cruelly along with other shadows in a discordant symphony, looming over the slug. "I'm not a slug!" it said in response. "I am a snail, like the rest of the snails, but I have no shell." The shadows did not seem to hear, and they surrounded the slug, holding sticks and stabbing at it. "Stop!" the slug cried, but they did not stop. The rain spilled over the slug, until it didn't, and the slug lay helpless on the side of the streets. The slug was unmoving. There were many voices, screeching and disgusted, and the slug was reminded of the insults it's siblings had told it. It did not resist as it was scraped harshly onto a surface and thrown into the air, landing on it's soft underside so quickly it faded into unconsciousness, prone and helpless to any that wanted to eat it. The slug did not die. Instead, it awoke, after a long, long time, to see a large, patterned rock. "...Hello?" the slug whispered mutely. Surprisingly, the rock moved, revealing a wisened head craning over to look at the slug. "Hello," it greeted, "What are you? I have not seen any like you before." The slug took a long moment to comprehend it's words. "I...am a snail, who has no shell, and is seeking a place of suitable shells that will fit me, like the shells in the place of suitable shells near my home that fit my kin." "Is that so?" the other asked. "I cannot understand, for this shell of mine has been mine ever since my birth. I can, however, understand the need for a shell to watch your back and hide you away from the world, if that is why you wish for a shell." "It is," the slug replied. "It must be a joy to you, to have a shell crafted for you for your lifetime." "But I cannot choose another," the other answered, "While you can." It was a long, quiet moment of contemplation before the other spoke again. "Do you think this shell of mine is good?" The slug was startled. "Yes." "Do you think this shell of mine is strong?" "Yes," the slug answered. The other gave a tiny, weak smile. "Do you think this shell of mine is suitable?" The slug did not hesitate. "Yes," it said, and it could not have said anything more profound. "What are you?" the slug finally queried. "I am a turtle." And the turtle smiled wider, kindly. It may have been just a feeling. It may have been just a thought. But the turtle also said these very words: "You are a snail with a shell." And even though the turtle's shell was all lines and edges and angles, and the shells of the snail's brethren were all curls and swirls wrapping itself into rings of promise, the slug was a snail with a shell, and that was all that mattered.