After taking an estrus suppressant drug, he finished dressing then headed to the auditorium with Albert. After last night, he was worried that the suppressant wouldn’t work. Fortunately, he was able to finish the morning assembly without any incident.

Even when the first period, a class he took with Albert, ended he still didn’t feel particularly strange.

「We have different classes for the next period. Will you be alright on your own, Yuz?」

「I’ll be fine. The drug seems to work properly.」

「As a precaution, I’ll come pick you up as soon as class has ended.」

The second-period class was P.E. In P.E, the class separated into groups to play different sports, and Yuzuki chose to play soccer. It was a sport that had a lot of physical contact and, surrounded by alphas, he worried that it would trigger his estrus. However, he was able to finish the class safely.

「I’m glad. As the doctor said, if I take the drugs properly, then even as an omega I could still… nnh…!」

As soon as he entered the locker room, someone suddenly pinned his hands behind his back.

Many hands grabbed Yuzuki from all directions and stripped him of his sweaty jersey. In a flash, he was pushed down to the floor and his pants were pulled down.

His classmates swarmed around him as one. Scrambling and crowding, they trailed their tongues over Yuzuki’s exposed skin.

When Albert held him, all the anxiety and pain in his heart seemed to disappear. But when all these boys touched him, it sent feelings of disgust and dread crawling through his skin.

「Here, look at this, this guy’s getting wet. As expected of an omega.」

Pinned down on the cold floor, both of his legs were spread wide.

Even though the drugs should still be effective, when a tongue started licking Yuzuki’s constriction, nectar dripped. Albert came running in, out of breath.

He pushed the other boys away and took Yuzuki up in his arms, then ran out of the locker room while kicking at anyone nearby.

Yuzuki was not a comely sight to behold with his trousers and underwear dangling from one leg as they ran. Albert picked a less populated route and brought Yuzuki to a nook in the old stone clock tower.

Skipping steps while running up the spiral staircase, they climbed up to the top. Albert laid Yuzuki down on the narrow, columnar rooftop and wiped his cheek clean of the saliva that still stained it.

The duration of the suppressor drug’s effectiveness varies for each individual, but on average it will last for around 7 hours. It had only been 5 hours since Yuzuki took it, and the effect had already started to wear off.

Albert’s voice sounded hazy and dim in his ears. An irresistible heat gradually stirred from his insides, disrupting his breath and body.

He could still temporarily suppress the heat in his estrus with more of the drugs, but he’d heard that the aftereffects would be horrible if he did.  So, even though he’d like to take his suppression drugs right now, he had to wait at least 6 hours after he took the last dose.

His mind went blank and before he knew it, Yuzuki had already climbed on top of Albert’s lap. Their lips and tongue tangled together as his ass ground into Albert’s crotch.

While holding a crying Yuzuki at the waist, Albert gently stroked his hair.

In the blink of an eye, Albert pressed a thick finger inside Yuzuki’s body, which was swallowed to the root by the soaked hole tightening around it greedily.

I don’t want you to see me in such a state.

Yuzuki rode him, twisting his waist obscenely. Feeling his arousal being stirred hotly, he threw his head back and moaned sweetly.

Even though he didn’t want him to see this obscene display, his body desperately sought out Albert’s warmth.

「Yuz, I like you. Your pain, everything, I’ll erase it all.」

The moment the third finger was inserted, Yuzuki gave a loud cry and spurted out a white cloudy liquid.

Even while crying, even after his body had just reached completion, he began to squirm lustfully again.

Albert took the suppression drugs from Yuzuki’s pocket and carefully placed the small tablets in his mouth. Even Albert’s touch on his lips sent a shiver trembling down his back, and the desire to reach out to Albert couldn’t be stopped.

He didn’t even know what he was going on about. Albert made a peevish Yuzuki drink water mouth to mouth, and pushed the medicine in with his tongue.

Unlike injections of drugs used in emergency situations, a tablet taken orally requires a little time until the effect appears.

Yuzuki embraced Albert until the drugs began working and continued to drown in the pleasure Albert gave him.

The effects of a suppressor drug wearing off was worse than Yuzuki thought.

Written on the label were instructions to take one tablet of the medicine three times a day, with a minimum of six hours between doses. The effect of the tablet he took after dinner wore off while he was asleep, and when he woke up, he was assaulted by an intense attack that landed him in a mess.

He didn’t want to bother Albert more than he already had, but he couldn’t do anything about these cravings that attacked him by himself.

When Albert embraced the shivering Yuzuki, gently stroking his hair, his fingers began to probe his dripping, soaked cleft.

「That’s not good. Right now you’re too deep in heat to make sound judgement. You can’t make such an important decision in a state like this. Even though I’m not an alpha, a beta like me could still impregnate you.」

Pregnancy. That word stiffened his body instantly. That’s right. Now that he’d become an omega, there was a danger of getting pregnant if he were to be embraced by an alpha or beta in his estrus.

A fierce feeling of lust arose from the depths of his body, depriving Yuzuki from his reason. He had not publicly revealed his transformation into an omega, it would be bad if he got pregnant at this time. Even though he understood that, he still could not stop himself.

He rubbed his dripping wet hole against Albert’s arousal, and found his hot rod already hard.

「Bert…. Is getting bigger. Bert, you also want to do it, right….. Let’s do it. I’m begging you….. Embrace me….」Albert could only tightly hug Yuzuki, who was begging tearfully.

「We can’t, Yuz. If fingers really are not enough…. I’ll do it with my mouth.」

Albert laid Yuzuki down on the bed and made him hold an embarrassing position with his waist lifted up in the air.

Albert kissed Yuzuki’s pucker, then trailed and licked that place with his tongue.

Overwhelmed by the feeling of a tongue massaging his insides, a moan spilled out sweetly from his lips.

「Yuz, I like you. I will make you drown in pleasure.」

The moment that already soft and stretched out place was pierced, Yuzuki’s white, cloudy come spurted out vigorously.

Liked it? Take a second to support adzzz on Patreon! 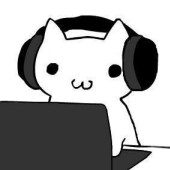