Divorce: This is a Trivial Matter — Chapter 13

According to her mom’s numbering, he was the first candidate: the archaeology professor.

The professor looked older than Qi Xiao Yan; Yang Wei estimated that he was in his late thirties. He introduced himself to her in a scholarly manner and then began to say, after realizing her circumstances, “I’ve heard that you’re teaching the fine arts. In my opinion, the fine arts and archaeology are one and the same; both are artistically inclined. What about you; are you interested in archaeology?”

Yang Wei replied, “Back when I was in high school, I read a book called 《The Missing Tomb》[1]. I was deeply invested in the scenes that the novel portrayed; thus, in university, I nearly declared as an archaeology major.”

The professor asked, “Why didn’t you?”

“Because my mom told me that archaeologists were all people who dug up the remains of other people’s graves.”

He muttered underneath his breath before saying, “The author of the book you’re talking about… it was Nanpai Dashu, right?”

Yang Wei looked at him in surprise. “You’ve read the novel too?”

The professor said, “That author was actually a student of mine. Due to failing an exam, he couldn’t continue studying in the same field anymore; thus, he switched professions and began writing books.”

Professor, don’t you think you’re bragging a bit too much?

She stared at the professor for a second, before smiling and asking, “Nanpai Dashu is his pseudonym; since he was your student, surely you know what his real name is [2]?”

The professor covered his mouth and coughed. “Archaeology is a subject of great significance to mankind. Our team has excavated quite a lot of old tombs. In fact, we’re responsible for excavating several of the artifacts contained within Le Louvre’s Ancient Civilization’s Exhibit.”

Do you use an excavator to dig? Yang Wei looked at at the professor and laughed gently, before saying, “I’ve heard that pharaohs would curse people who desecrate their tombs. Are the members of your team alright?”

The professor replied, “The stories about being  cursed are complete nonsense. Egypt and France are both equally charming countries. Have you been to either of them?”

The professor regretfully said, “”That’s truly a pity. However, I go quite often; if there’s anything you’d like to know, don’t be afraid to ask.”

Yang Wei thought for a moment before asking, “Does the Seine River smell like the Nile?”

The professor quickly stood up, saying that he needed to research the Seine and the Nile’s water quality, after which he hurriedly left.

Half an hour later, the door to the coffee shop was pushed open once again. This time, the chairman entered, dressed in a well-ironed suit. His leather shoes had been polished until they shone brightly, while pomade had been liberally applied to his hair in order to subdue it. He was carrying a pure black briefcase and was emitting a dense aura of elitism.

He walked toward Yang Wei and sat down across from her. He then extended his hand and said, “You’re quite punctual, Miss Yang. I like working with punctual people.”

The chairman proceeded to open his briefcase and take out a thick, pure-black notebook. He laid it open on the table and then took out a golden fountain pen from his jacket pocket. He gracefully twisted the pen’s cap off to write with and asked Yang Wei, “What time do you normally wake up at?”

The chairman recorded this down in his notebook, but didn’t forget to comment, “I believe you can wake up ten minute earlier; this should give enough time to prepare breakfast.”

Yang Wei quirked her mouth to the side and said, “I normally eat breakfast on the bus.”

The chairman continued to write in his notebook. “That habit’s no good; you must fix that.”

Yang Wei’s mouth was no longer quirked to the side.

The chairman continued, “What do you normally like to do?”

The chairman’s hand moved quickly as he jotted down the information. “Drawing is pretty good; it can help build character. Are the novels you read romantic fiction?”

“You should think about switching to world classics; it’d be best if you read the original English versions too.”

The chairman then asked, “What sort of activities do you like to do?”

The chairman finally stopped writing when heard this. He flicked his gaze up at Yang Wei, a demonic, wild look in his eyes. “I do too.”

Yang Wei immediately sprang up from her seat and bowed towards the chairman at a standard 45° angle. “Today’s meeting is now over. Thank you, chairman, for finding time to come.”

The third blind date… Yang Wei classified him as an upstart for the time being. Her mom had said that he was purportedly the richest guy in A City, but with his untrendy hairstyle and thumb-thick gold necklace, he looked more like a newly rich upstart.

“Hello, Miss Yang.” The upstart flirtatiously flipped his hair before taking a seat across from Yang Wei.

Yang Wei smiled as she gazed at his fluttering hair but didn’t reply with a greeting.

The upstart leaned forward, but right as he was about to speak, his phone began ringing in his bag. He glanced at Yang Wei and said, “I’m sorry, I need to take this call first.”

Yang Wei nodded, indicating for him to do as he wished.

She then watched the upstart proceed to take two, three… make that seven cell phones out of his bag, until he finally found the phone that was ringing.

Yang Wei stared at the cell phones on the table—all of which were HoneyPeach 10s—that were colored the seven colors of the rainbow.

The upstart picked up the gold-colored phone and then accepted the call. “What, that project wants another billion yuan investment? Just throw it at them; did you really need to call and ask me about this sort of trivial matter? Don’t you know that I’m on a blind date?!”

The upstart ended the call with a beep and then said to Yang Wei with a smile, “My subordinates really can’t do their jobs; I hope you don’t mind, haha.”

The upstart returned the gold-colored HoneyPeach to the table and enthusiastically said to Yang Wei, “These are all the latest models from HoneyPeach. I intentionally collected them as a set; don’t they look nice?”

The upstart thought for a moment before saying, “I’ll try it out when I return home tonight.” He paused and then smiled as he said, “I paid a kidney for these, haha.”

The upstart threw her a ‘you truly understand the current market situation’ wink and asked with a mysterious air, “Can you guess what my family does?”

The upstart scoffed and said, “What’s considered thrilling? We’re even more amazing than that.”

“Shush!” The upstart hurriedly hushed her. “Quiet down! Don’t let others hear.”

Yang Wei sucked in a deep breath and then flashed him a smile, saying, “Since your family’s so well off, how come you haven’t considered buying some IQ recharge cards? You appear to have been lacking them for quite a while; it’s quite distressing to see.”

IQ recharge cards? How come he didn’t have such a high-end thing?! Therefore, the upstart impatiently dashed off in search of them.

When the last blind date arrived, it was already five o’clock. He appeared to be in his early twenties, as well as the youngest of the four candidates. He had a princely, melancholic gaze, while his hair was dyed gold.

Based on these factors, Yang Wei decided to call him ‘prince.’

The prince wore a white suit. He walked up to her and then bowed. “Beautiful lady, might I ask if you are Yang Wei?”

“Mn, I am very happy to meet you.” The prince straightened his body and smiled at her as he said, “Look, the sun is shining so brightly outside. Should we really squander our time in this oppressive café?”

The waitress passing by secretly rolled her eyes at him.

Yang Wei stood up and asked, “Then what do you consider to not be a waste of our time?” She honestly felt that coming on these blind dates today had been a huge waste of her time.

The prince smiled at her. “I don’t know if you’ll give me the honor, but might I invite you to go on a walk with me around the lake?”

Yang Wei realized that this guy was the same as Fang Cheng Ran.

She proceeded to follow the prince to the nearby park where, as expected, a lot of people were walking near the artificial lake. In order to be closer to nature, the prince intentionally paid for a sailboat—the kind that required paddling.

Due to this requiring a flawless level of skill, they were also assigned a boatman. The boat slowly reached the center of the lake, the sunlight gleaming across the crystalline waters. The prince breathed in, as if infatuated, and said to Yang Wei, “In such an elegant environment, I cannot help but feel like singing. Would you like to listen?”

Yang Wei turned to the rowing boatman. “What do you want?” She felt indifferent, but if the boatman couldn’t stand it and jumped into the lake, she didn’t have the skill to row the boat back to shore by herself.

The boatman fearlessly said, “Go ahead and sing, I’m used to listening.”

As such, the prince lovingly began to sing, “Let’s paddle—togeeeeeeether, and the boat—will push away the waaaaaaaves~” [4]

The boatman also couldn’t endure it. “Sir, while I don’t mind, I’m afraid that if you continue, this lady will jump into the lake.”

The prince stopped singing and stared at Yang Wei, his gaze full of passion. “You jump, I jump.”

The Great Chestnut: Professor Qi, your family’s baby is going on blind dates with others, yet you still haven’t shown up?

The Great Chestnut: Oh, you think she won’t be interested in these cute fools? Then what about Fang Cheng Ran?

[1] Parody name of 《The Lost Tomb》 to avoid copyright issues

[3] Shenron, the magical dragon from the Dragon Ball series

Oof, sorry for the long delay between updates. Let’s just say I spent the last two weeks recovering from getting stitches.

Anyways, join us at the Truly Precious Universe Discord Server, where you can chat with fellow fans and the translation teams o/ (I also post random teases or spoiler facts if you’re curious, as well as updates on chapters and other neat things)

If you are feeling generous or benevolent~ 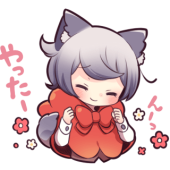