As the Minor Gay Love Rival in Het Novels Chapter 2.5

Please see below for notes.

Zhao Yuhao had always considered himself a genius with high EQ and IQ. It was absolutely impossible for him to wrongly distinguish a man from a woman in his own life.

In this afternoon, however, he met a fine-looking girl. She was shivering in the cold wind. Facing a delinquent’s bullying, though afraid, she still argued and refused to give in. Her innocent eyes were as clear as a translucent spring. And her trembling eyelashes were tender, her pinched lips like peach blossoms in March…

Zhao Yuhao felt that the beat of his heart was somewhat irregular. His eyes were seeing the world through a pink filter. This must be what they call love at first sight.

But the girl who made him feel this way for the first time, called Gu Qi “Big Brother” with the sweetest smile.

Thus, this beautiful first love that had yet to begin, was brutally crushed.

He stiffly turned his face away and glanced at Gu Yuan, and then looked at Gu Qi. His voice unknowingly trembled.

The corner of Gu Qi’s mouth curved upward, but what came forth was a cheeky smile. “If not my younger brother, then is he my little sister?”

Gu Yuan responded and trotted towards Gu Qi. Seeing Zhao Yuhao staring straight at him, he felt as if Zhao Yuhao was trying to look through him from inside out. Gu Yuan twitched a corner of his lips. It was almost impossible to maintain his obedient demeanor. He wanted to slap Zhao Yuhao in the face and growl,  “What the heck are you looking at! I’m a man! A man!”

But he didn’t have the guts to actually say it out loud. After suffering for a long time, he turned away from those eyes and looked at Gu Qi. “Brother, it was just some delinquents from Class F bullying me. Senior Zhao helped me out.”

Gu Qi looked into Zhao Yuhao’s eyes meaningfully, and he said with a smile, “It doesn’t matter. Senior Zhao is Brother’s friend. He’s supposed to help you. Right, Yuhao?”

When Zhao Yuhao returned to his senses, he managed to put on a smile and said to Gu Yuan, “Of course. Sorry,  Xiao Yuan. It’s my fault for not recognizing you. Let’s start over. I am your brother’s friend from the basketball club, and now soon-to-be schoolmate. Just call me Brother Yuhao.”

Saying so, he held out his right hand to Gu Yuan, intending to shake hands with him.

Fan Yuan felt that he was quick at adapting. After all, being able to rectify one’s  mistake is the greatest virtue of all. He wasn’t the kind of person to hold a grudge against others. The supporting male character had already  lowered his pride to apologize. As the gay love rival, he should follow his lead and quickly back off as well.

Fan Yuan took off one of his gloves and shook the proffered hand. “It’s alright. I look forward to your guidance in the future, Brother Yuhao,” he said with a smile.

The moment the two hands came together, the confusion in Zhao Yuhao’s eyes gradually dispersed. He stretched his lips into a decent smile, returning to being the elegant, confident, and amiable prince. “I also look forward to your guidance, Xiao Yuan.”

Gu Qi frowned and drew Gu Yuan’s tender little hands away, helping him put his gloves back on. In contrast to his gentle action, the tone of his voice had a layer of frost. “I’m going to take Xiao Yuan back. See you later at school.”

Zhao Yuhao slowly clenched his fist, retaining the sensation of the soft hand. The smile on his face didn’t falter. “See you at school. Goodbye, Xiao Yuan.”

And then his brother picked him up and put him in the car.

On the way back, Fan Yuan felt keenly that the male lead was in a bad mood. But he couldn’t figure out why. It would be logical to say that the conflict between the male lead and the second lead was caused by the female protagonist. Since she hasn’t appeared yet, the two should still be good friends. So what was with the tit-for-tat earlier?

Xiao Wu felt complicated as it listened to its master’s analysis, and finally decided that the male lead and the male supporting character had both taken an abnormally great liking to Master. It swallowed this strange conclusion in silence. It was the same with the previous world’s male lead, Gao Yu, as well. But then the female lead appeared and everything went back to normal. It should also be the same for this world……

Gu Qi was really dismayed. The classic plot wherein the hero saves the damsel in distress was stolen from him. Who wouldn’t feel upset? And this person, with his filthy hands, dared to take his younger brother’s hands. He couldn’t stand it. Whether or not this young man was previously a friend of the same mind as his, if he dared to have those vulgar thoughts for Xiao Yuan, Gu Qi would decisively end the friendship with this hypocrite. It was already a mercy that he didn’t render that hand of his crippled!

#The boat of friendship flipped over in an instant#

#A simple, innocent little brother must be watched over at all times for me to be at ease#

Gu Qi glanced at Gu Yuan who was obediently sitting beside him. With a slight cough, he asked, “Xiao Yuan, do you want to go and attend class with Brother at Sheng Di High School?”

Gu Qi hid the light in his eyes and asked in a lighthearted and easygoing manner, “Today, you’ve caught the attention of the delinquents from Song Zhen High School. Those people are difficult to deal with. In the future, if it becomes inevitable that you will be bullied if they find you alone, Brother won’t be able to protect you since I’m not there. And Xiao Yuan, didn’t you want to stay with Brother all the time? If you transfer to Sheng Di High, Brother will always be together with you. Isn’t that great?”

The male lead’s casual words were like a bomb dropped into the water. And Fan Yuan was caught off-guard, only to hear “duang~”. Then he couldn’t hear anything at all.

“Xiao Wu, help!!! My role as the infatuated person must not collapse. How do I stop the male lead from breaking the plot!!! qAq”

“I know now that I was wrong. Why the heck did I go watch movies! This wouldn’t have happened if we didn’t go to the movies. I’d better not run into those punks from Class F again. Otherwise, I might just beat them up flat! Until they can’t be flattened anymore!

“Ding. Please calm down, Master. The male lead is still waiting for your reply.”

Fan Yuan silently swallowed his grievance down his throat. His small, shy eyes secretly glanced at the male lead and then back to the scenery outside the car window. Half a minute later, with a frustrated expression, he said, “If I could, then of course that would be great. But I thought it over last night. Father, Mother and Brother have always protected me. If all of you leave me, I won’t know how to survive. That wouldn’t be good for me so I should learn to grow up rather than remain under your wing. Maybe it would be better for Brother to leave me. After all, Brother, you have your own life to live. I can’t be too selfish and always be a burden to you.”

After Fan Yuan spoke, he silently let out a breath of relief. This should not be counted as an OOC while he had also clearly rejected the male lead’s offer. He praised his own wit.

Gu Qi suddenly parked the car on the roadside. He looked ahead at the setting sun, a red halo dying half of the sky in its shade.

“Xiao Yuan, you are not Brother’s burden. Not before, not now. Not ever.”

Fan Yuan lowered his head to hide the helplessness in his eyes. If he was the real Gu Yuan, he would try to be the best younger brother. He would never become a burden for Gu Qi. It was a pity that he wasn’t. He was just an actor, moving according to script. In the near future, he would become unreasonable. He would do anything to harm Qiu Mimi, embarrass Gu Qi, and become a stumbling block that Gu Qi would have to remove.

At that time, would Gu Qi feel regretful that he had misunderstood Gu Yuan today?.

“Xiao Wu, imagine you were Gu Yuan and you heard your favorite elder brother give out such a promise. Do you know what he would feel?”

“Ding. Xiao Wu thinks that the original host would be very happy.”

Fan Yuan shook his head, filled with feelings of lament. “So there are still distinct differences between humans and systems. Although we have experienced so much of the many worlds together, you only treat each world as a task, while I struggle with it every time. Because you can’t empathize with people. And not only do I have sympathy, but also empathy. This is human empathy.”

Xiao Wu’s mechanical voice sounded out in protest. “Ding. Although Xiao Wu doesn’t understand the complex emotions of humans, but according to analysis, people love to be cherished. Not to mention, Master’s original host loves the male lead, he would definitely feel happy.”

“You’re right. The original host would be happy for sure. But at the same time, he would feel even sadder. Because he holds taboo feelings for his older brother. Shouldering these feelings, and having his brother cherishing him so much, although he would feel happy, he would become even more afraid of the possibility of losing every good thing in his life when this secret is revealed. What would he do then? His joy would be consumed by worries of the future, and thoughts of gains and losses.”

Fan Yuan curved his lips. Wasn’t it very troublesome? But what could be done about it? He turned to look at Gu Qi, who was gazing back at him earnestly, as if asking him to believe in him.

Fan Yuan blinked and hid the indistinguishable emotions in his eyes. He bit his lower lip and carefully said, “I believe you, Brother. I will believe your every word. However, Brother shouldn’t believe in Xiao Yuan so much. Because you haven’t seen every side of me yet, and maybe someday, I will disappoint you……”

At that time, the sun had already set. The horizon looked as red as blood. All clouds in the sky were shaded with a golden color.This was the last carnival as the day turned into dusk, gorgeous and cruel.

Hi there, kaylarala here! The good news is that  Ta-da! Update! Unfortunately I couldn’t deliver on my promise to get the whole of this arc by this update. But, well… Chapters anyone? On another note, did this chapter made you go kyaa-! Because I certainly went all excited after translating it~

See you next time! Whenever that’ll be!

Liked it? Take a second to support kaylarala on Patreon! 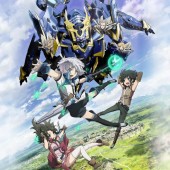 I love to read. And recently, I've discovered that despite my Chinese heritage, I haven't gotten around to reading any Chinese novels. My Chinese reading skills is really low, however. So! I'm looking for those that have been translated to English, officially or unofficially. I especially love historical and fantasy genres in any novels. Hoping to be inspired by books, I want to one day publish my own. You can call my endeavor a research of passion. In a nutshell, I'm a bookworm. Teehee~